The crisis is defined as an unexpected and unpredictable, unwanted, and destructive event which can only be prevented from turning into a disaster with proper measures. While the above-mentioned definition has already been presented by several experts, a crisis could also be characterized by the following conditions:

In addition to the above-mentioned characteristics, a salient feature of crisis is the rise of a certain set of circumstances where there is neither enough time nor enough information to confront a hazardous event. The crisis has been widely categorized. One categorization criterion (upon which a crisis could be either man-made or compound) is based on its origin. 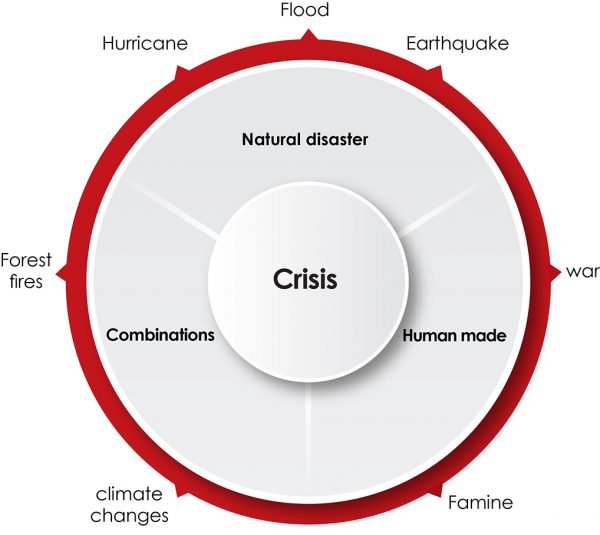 KOLBEX is essentially designed to confront crisis such that displaced populations could be readily settled during a crisis. Speaking of crisis, taking timely and quick measures turns into a significant issue. Taking quick measures is accessible through easy storage, transportation, and installation of KOLBEX.
Establishment of a suitable infrastructure is a significant requirement for crisis management. Given its quick installation capabilities, KOLBEX can greatly help to achieve this goal by providing suitable spaces around cities based on the population of the region.